Retail investors are individuals, not professionals, who focus on buying and selling ETFs, securities, and mutual funds all on their own. They typically only put a small amount of money into the market in order to start investing their funds in a smart way that will allow their money to grow in the short term or in the long run, depending on what their financial goals are.

In the recent past, we have seen an increase in interest in retail investing, and a lot more people have been giving it a try. As you will see with the stats that we have compiled for you below, more and more people have decided to invest their money in this way, especially since the COVID-19 pandemic changed just about everyone’s life.

Get to Know Generation Investor

Generation Investor is the name that Schwab has given to investors who begain trading in 2020.1  Below are some stats that can help shed some light on what these individuals hope to gain by entering the trading market.

The Influence of COVID-19 on Retail Investors

It turns out that the number of retail investors grew substantially since the start of the COVID-19 pandemic, and many of the people within Generation Investor chose to invest because of the hit they took financially during the pandemic.1

Here are some interesting statistics that show the growth from 2020 to 2021.

The Impact of Retail Investing on the Stock Market

In 2020, experts began seeing an increase in what’s known as individual stock trading. That year, this type of trading reached a 10-year high.3 It is interesting to look at the rise of retail investing, so here are some stats to illustrate that.

A Quick Look at the Most Popular Online Brokerages

The great thing about retail trading is that just about anyone can get into it, especially with the help of online brokerages that make the process as simple and straightforward as possible. Here is a list of some of the top brokerages, along with how many accounts and users they have, as reported in January 2021.2

Overall, a lot of new retail investors have decided that they want to put their money in the stock market in an effort to grow their savings and prepare for the future. Only time will tell if those new investors will remain in the market or if they will decide to get out. In the meantime, it’s no surprise that so many people have been talking about retail investing in the recent past, and it’s also clear to see that there are several good reasons for investing your money this way. 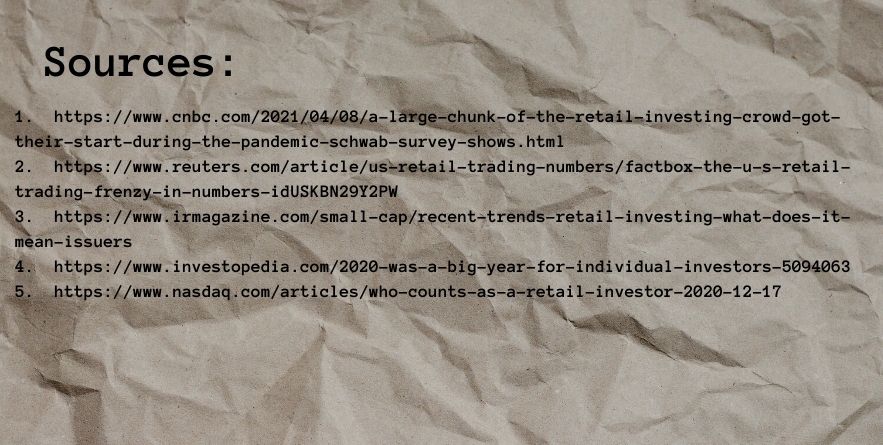