Mining Bitcoin in Australia (Everything you need to know)

What is Bitcoin mining 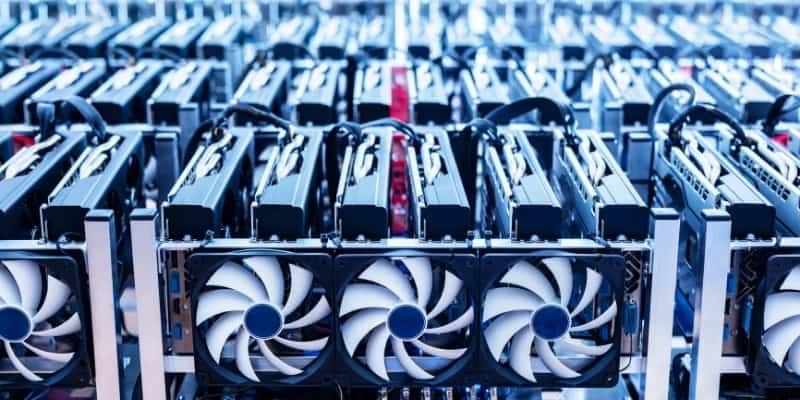 Bitcoin mining is the process by which new Bitcoins enter circulation on the blockchain and is how transactions made by users are verified to be legitimate and non-fraudulent. As Bitcoin blocks require a considerable amount of energy to solve, mining participants are incentivised to ensure that Bitcoins aren’t spent twice or spawned out of thin air inflating it beyond its planned supply. They are incentivised to do this lest other miners reject their completed block and decide to reject it if it goes against the rules, thus costing the miner money in wasted effort.

How are blocks mined?

New blocks are mined and accepted or rejected by other miners by bundling all of the current transactions on the network that haven’t yet been stamped into a block by collecting them from what is known as the mempool (abbreviation for Memory Pool) and hashing them with a cryptographic algorithm called SHA256. Given any input, SHA256 takes that input and generates a hash which is akin to a digital fingerprint which only the input can create. This also has a unique property whereby anyone with a hash can’t recreate the data that made it but anyone with the data can trivially generate the hash or fingerprint again. In doing this they generate very long hexadecimal numbers that look like 17d431f18dce042465320eb63f8f40db85bc670ee447a2286b40edb3e4f322c2. One other feature of these hashes is that they are unpredictable and random, and even the smallest possible change in the input can radically alter the resulting hash.

Understanding this, all Bitcoin miners do is bundle transactions and hash them, but what makes the process unique, and a global economic game is that to find a valid block you need to find a hash for your block which passes the current difficulty of the network. Difficulty determines how rare your hash needs to be, and the rarity of a hash is to do with how many zeros are at the beginning of your hash.  If you have enough zeros to meet difficulty then your block isn’t valid and will be rejected by other miners, if you have enough zeros or more then your block will be accepted. An acceptable hash might look like 00000000000000000cc69c0629ed03f938656f20243c772c6f18cead28e21769. Such hashes are produced by taking the bundled transactions and combining them with a nonce which is a technical term for a number that is incremented increasingly to change the output hash. Performed enough times miners will eventually find a nonce with produces a hash with an incredible amount of leading zeros and will be sufficient to get their block accepted by the network. As such, this winning number is termed in the community as the “golden nonce.”

Because of the way the algorithm works, finding an increasing number of leading zeros becomes exponentially more difficult with each one required by difficult, this prompting avid Bitcoin miners to spend significant amounts of time, money and energy on building the infrastructure required to compete in the game, thus why Bitcoin is notoriously expensive to mine today.

Mining today is generally done in conglomerated “pools” of individuals running small to medium-sized operations which work together as a single network entity and are paid proportional to the number of hashes they can produce per second (their hash rate.)

As finding blocks on your own can be so rare even for the biggest of operations, mining pools exist to smooth out doldrums in revenue by distributing the rewards of winning a block to the pool participants proportionally to their hash. This results in much more predictable cash flow for businesses to do long term planning on.

In the early days of Bitcoin mining, there was a greater presence of what was termed “solo mining” where single participants would win blocks when they could and would not join a pool but instead decide to go it alone. Due to the network difficulty and value of Bitcoin, this type of operation has all but gone extinct and tends to only be seen for brief periods on nascent proof-of-work altcoins.

How many Bitcoins are earned?

As of writing the current block reward for Bitcoin is 6.25 coins for every block won. On average the time for the aggregate of Bitcoin miners to discover a valid block is 10 minutes, and on average 144 blocks are mined every day, meaning 900 coins are produced every day until the next halvening. Due to Bitcoin having a fixed supply with permanent inflation, the number of coins produced for winning a block halves roughly every 210,000 blocks, or approximately every 4 years. Bitcoin is thus expected to have its next halvening to 3.125 coins in 2024.

For the financially curious there exist several Bitcoin mining calculators online which allow you to estimate rewards, costs and margins as a Bitcoin miner. Typically, you need at least a price per Kwh from your electricity provider and how much hash rate you have at your disposal, though calculations can be further complicated with warehousing expenditures and maintenance, among other things.
Numerous websites exist to provide these calculators with varying degrees of complexity including:

As the game in Bitcoin has become more and more competitive over the years, CPU mining became quickly deprecated, which was then followed by GPUs which lasted slightly longer before we arrived at the current ASIC paradigm. ASICs are purpose-built pieces of hardware highly specialised for generating hashes for a particular algorithm such as SHA-256, Script or Ethash.

The biggest players in mining hardware are:

Hobbyist Bitcoin miners exist as consumer products such as the CoinMine One which is like a home appliance for Bitcoin mining. Customers can take the product and plug it into an area of their house that suits them, and it will hash away and generate cryptocurrency. Currently, it supports Bitcoin, Ethereum, Grin, Monero, Zcash and Handshake.

As well as this, using the mining specialised operating system MineOS you can bring all your mining equipment (if you have GPUs for mining for example) under one ecosystem.

With the CoinMine One you can also manage your device using your iPhone or Android phone remotely.

How to mine Bitcoin in practice

Mining Bitcoin is trivial once you have the necessary pieces of software, but the real difficulty of mining is scaling it, optimising it and ensuring you maintain profitability. The simplified process is a matter of:

1. Organising some hardware that can perform hashing (CPU/GPU/FPGA/ASIC)

Common mining software for BTC include cgminer and BFGminer and are often used with management software to ensure the program is running across all pieces of hardware. As of writing the biggest mining pools on BTC include:

Is it profitable for me to mine myself?

Bitcoins global infrastructure of competing miners was dealt a significant blow in 2020 and 2021 due to logistic complications from the coronavirus and significant crackdowns from Chinese authorities. This has led to the global hash rate of the network being significantly diminished and has led to some opportunities arising for commercial miners in more friendly jurisdictions, however for most people entering mining is still going to be beyond their reach due to the significant barriers to entry posed by capital expenditure, warehousing, access to wholesale energy pricing and volume pricing when purchasing the most competitive hardware.

In Australia some people have embarked on mining Bitcoin using personal solar systems however for most the break-even can be several years into the future and commercial electricity provision with Australians globally expensive energy prices prevents people from getting involved unless they start their operation in a more competitive environment.

I still want to mine, what can I do?

For the curious and the many, cloud mining is the only option available for most people to get involved without outlaying tens of millions of dollars in infrastructure. Due to limited banking access and financial institutions extending loans to entrepreneurial mining operations, some mining operations provide what is known as leased hash power. Using contracts, for a price users can purchase hash power for a set amount of time and from that, they will receive some of the profit for putting their money on the table.

As these products can have significant interest at times like now they can have significant backlogs in supply and are often in short supply as they are at times bought up very quickly by keen speculators. Due to the fluctuations in pools finding blocks successfully and transaction fees, these contracts cannot always be guaranteed profit and there is risk involved and as a result, many people decide to opt for just directly purchasing the coins from an exchange or seller.

You can lease hash power from a number of operators including: